It is easy to see why: 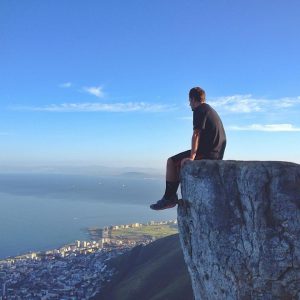 The name originates back to the 17th century, the peak was originally referred to as Leeuwen Koppen, and Signal Hill as Leeuwen Staart, as the two peaks together resemble a resting lion.

It is easy to see why people are finding such acclaim with Lion’s Head, not only are the views extraordinarily breathtaking, the hiking trail itself is fairly easy and you will find a series of chains and ladders to assist you at some of the steeper and more difficult rocky faces. The trail could take you, depending on your fitness level, anything between one and three hours up and down, reaching a height of just over 669 metres or 2,195 feet above sea level.

Aside from the daredevil Instagram sports, Lion’s Head is also extremely popular with paragliders. “Fly” from Lions Head with a Cape Town Tandem Paragliding instructor and glide over Camps Bay. 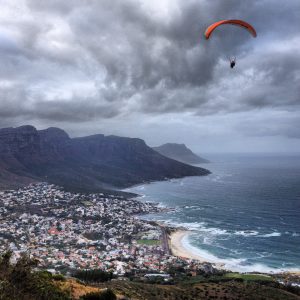 We share with you a special video we made to document this experience.

We would love to hear your experience and see some of your photos of your Lion’s Head Experience.