Artist of the Month: George Pemba

“Pemba was an artist in love with painting, unashamedly claiming the best of both European and African traditions as his own. Possessed of a deep humility, a profound sense of human dignity, and a loving sense of humour, his memory deserves a special place in the nation’s heart”- Hayden Proud 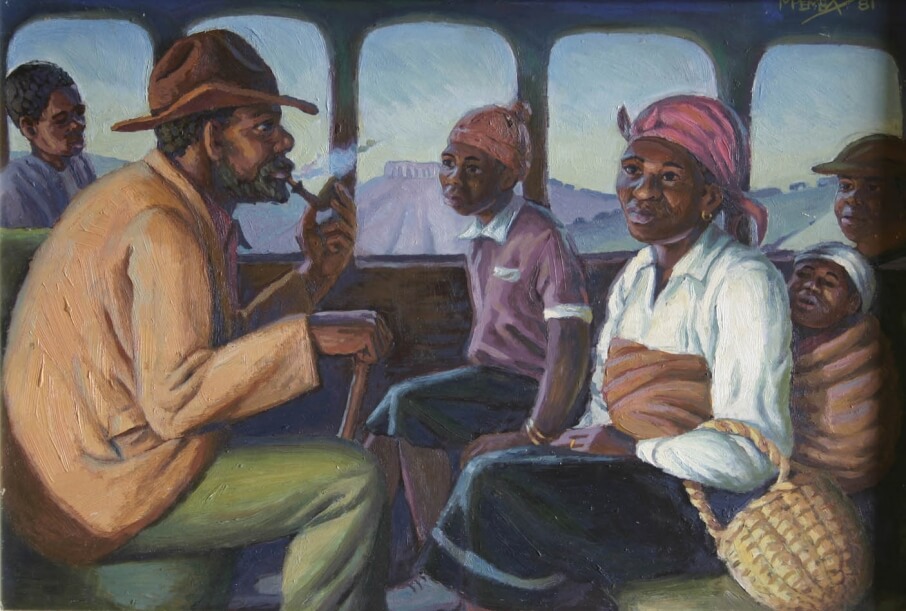 Art like many other things were used by the apartheid government of South Africa to marginalise black society. If you were black during the apartheid era it was impossible to receive proper art education. It was also difficult to exhibit your work and you were rarely taken serious as a professional artist. Regardless of these very real challenges George Pemba persevered and established himself as a painter producing his work over a period of more than 60 years. Pemba can be considered the first professional black South African artist selling his portrait renderings as early as the 1920s.

George Milwa Mnyaluza Pemba was born in 1912 and was educated at a mission school near Port Elizabeth. At the time of his upbringing it was not possible to study art, so he enrolled at the Lovedale Teacher Training College at Alice in the Eastern Cape. In 1931 Pemba received his first formal art training in painting and drawing from Ethel Smythe who taught art at the University College of Fort Hare and introduced him to watercolour painting. In 1937 the Bantu Welfare Trust awarded him with the means to study as an external student for 4 months with Prof Austin Winter Moore at Rhodes University in Grahamstown. Again, the focus was placed on water colour painting and the subjects represented were neutral referencing European art traditions. 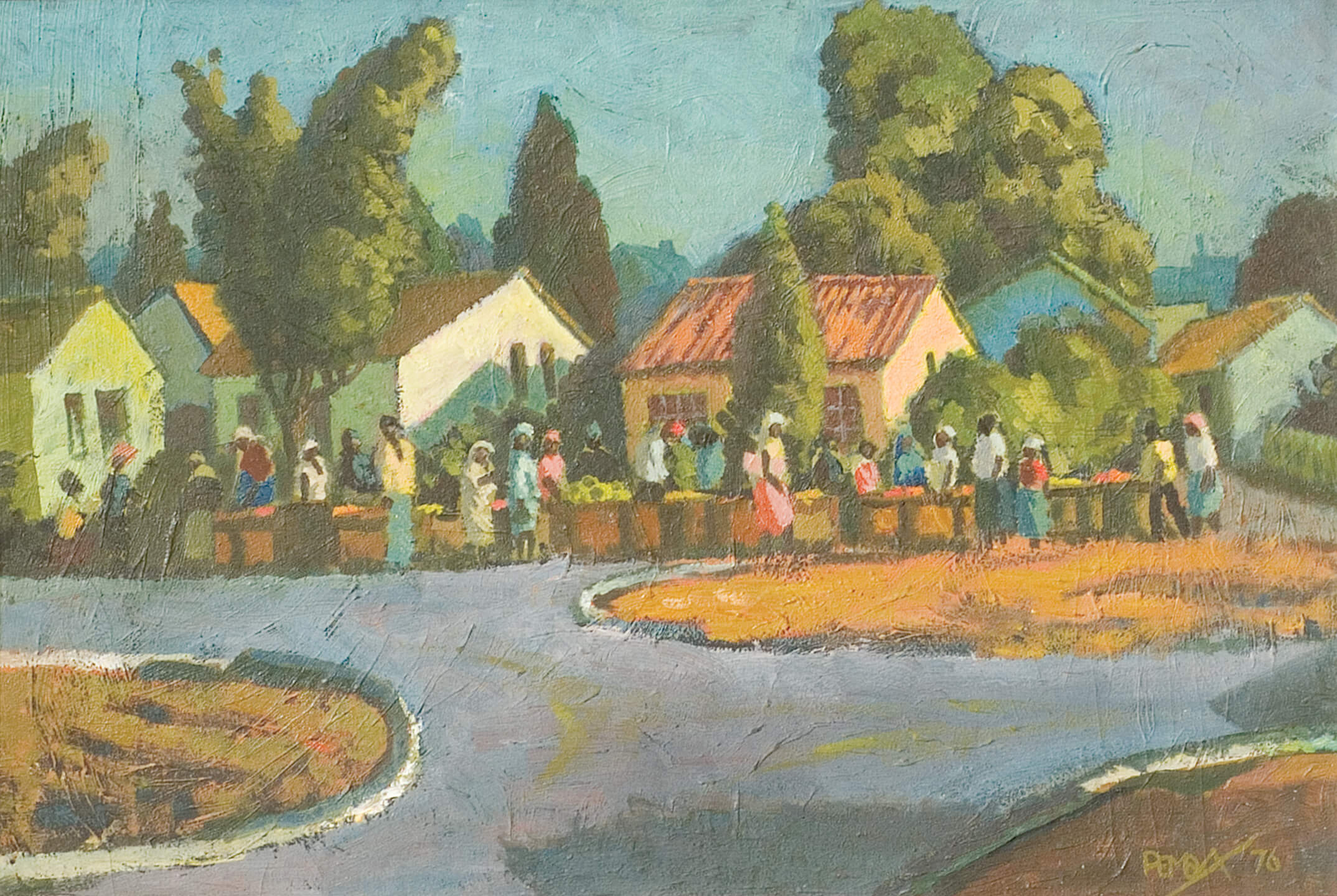 In 1942 after meeting Gerard Sekoto during a visit to Cape Town this focus shifted. Sekoto convinced Pemba that water colours were too “British” to represent Africa with it and emphasised how oil paint is a better medium to represent social injustice and hardships experienced by black South Africans. This shift in focus was informed by Social Realism that originated in the 1930s in the USA that explored themes such as poverty, political corruption, and injustice. These themes, truly relevant at the time in South Africa, were represented by local black art pioneers. The most well-known were Gerard Sekoto, Ernest Mancoba and George Pemba. These three men represent the emergence of a black voice in South African art, but of the three only Pemba remained in South Africa. Sekoto and Mancoba perused their art aspirations abroad living in exile for the remainder of their lives. Pemba, because of his choice to remain in South Africa, had the most profound influence on the younger generations that followed in his footsteps. In 1944 Pemba wrote, “I do not know if ever I will become a great artist, but an artist of my own nation I surely am to be.” It was also during this year that he set out capturing the indigenous cultures and tribal life in South Africa with his grand tour travelling to Johannesburg, Durban, Basutoland, and Umtata funded by the Bantu Welfare Trust. 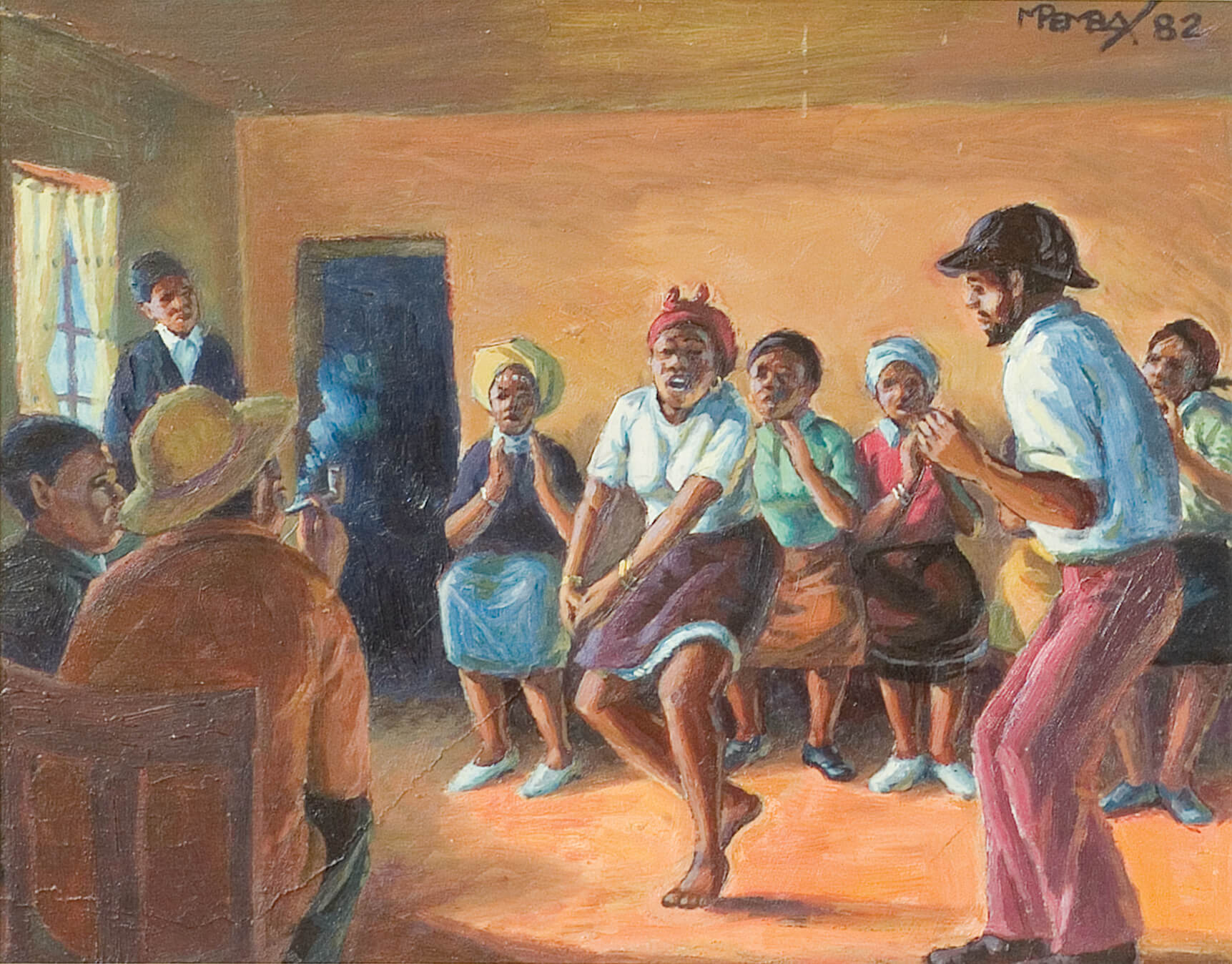 George Pemba received an Honorary Master of Arts degree by the University of Fort Hare in 1979. In 1991 and 1992 two extraordinarily successful retrospective exhibitions were held at Everard Read Gallery in Johannesburg honouring this legendary artist from South Africa.