During the launch of the book Ephraim Ngatane: A Setting Apart, Natalie Knight perfectly summed up Ngatane’s life as: “…a short life filled with hardships, passion and drama, but it was a successful life, and one which he led to the full…the artist has captured the essence of his times – Soweto in the 1950’s and 60’s.”(2010:1) 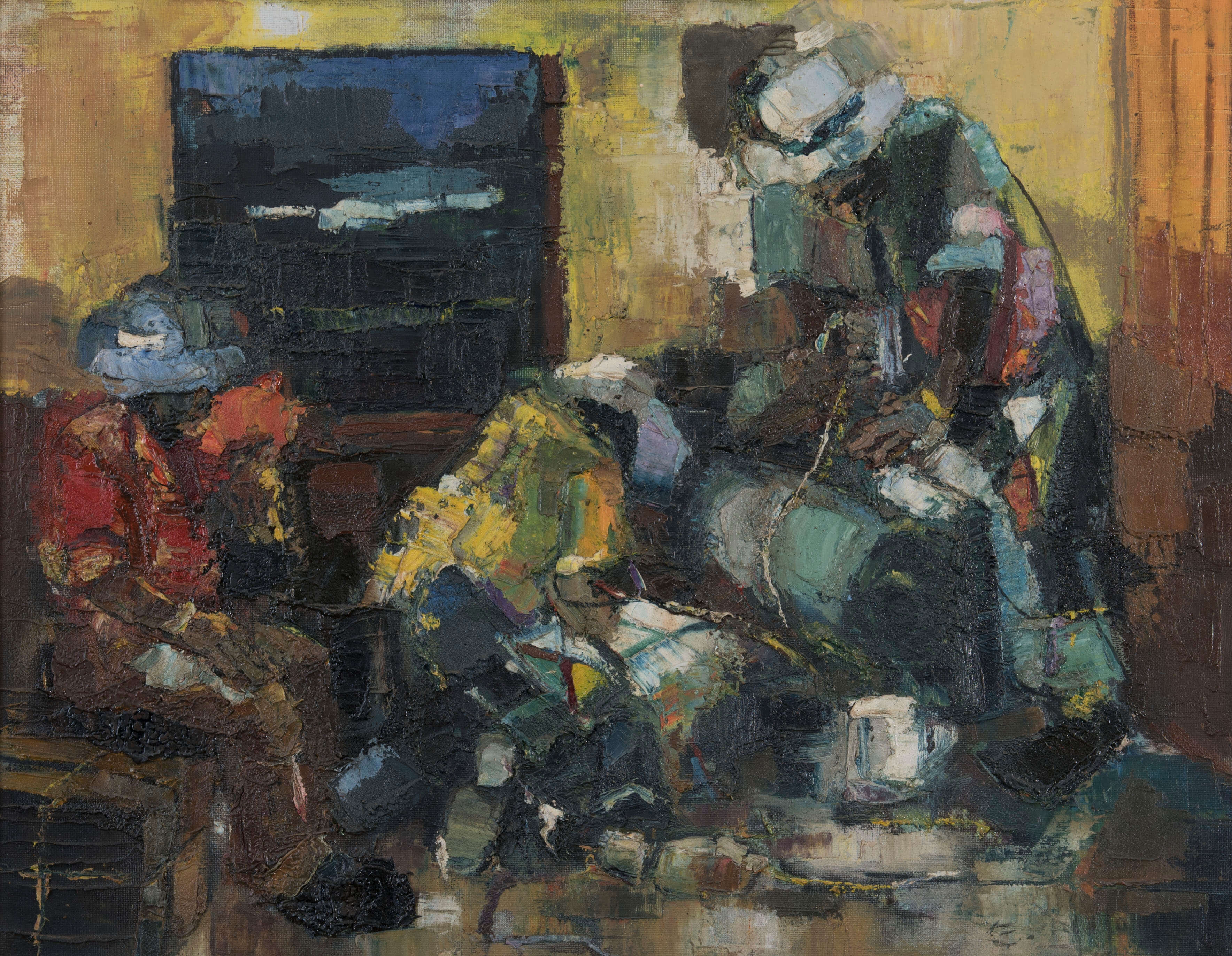 Ephraim Mojalefa Ngatane was born in Maseru, Lesotho in 1938. He moved to Johannesburg with his parents in 1943. In Johannesburg he attended the Mooki Memorial School where his primary school teacher Mrs E.L. Mooki recognised his art talent and encouraged him to pursue a career as an artist. In the book, Polly Street. The History of an Art Centre, Elza Miles recorded Mooki’s reaction to his incredible talent: “She was convinced that he had the gift in his fingers” (2004:95). Years later when he started studying at the Polly Street Art Centre under Cecil Skotnes, he gifted his first watercolour painting, painted in 1953, to her. Until her death in 1999 this painting took pride of place in her living room.

While studying at the centre from 1952 until 1954 he developed a very distinct style referred to by Miles (2004:134) as mimetic representing everyday life. The importance of this style of painting, often referred to as “township art,” was impressed on Ngatane by his friend Durant Sihlali that also studied at Polly Street. Sihlali formed the famous “weekend artists’ group” that consisted of several great Polly Street artists including Louis Maqhubela and Ephraim Ngatane. Sydney Kumalo was also said to have occasionally joined them (Miles:96). Together they recorded the township environment using watercolour as introduced to them by Skotnes. Sihlali was deeply motivated by the conviction to record the living conditions of his people and went wherever people were being evicted, relocated or struck by disaster to record events. Ngatane and the young Maqhubela was more interested in experimenting with fragmented shapes and moved towards abstraction. 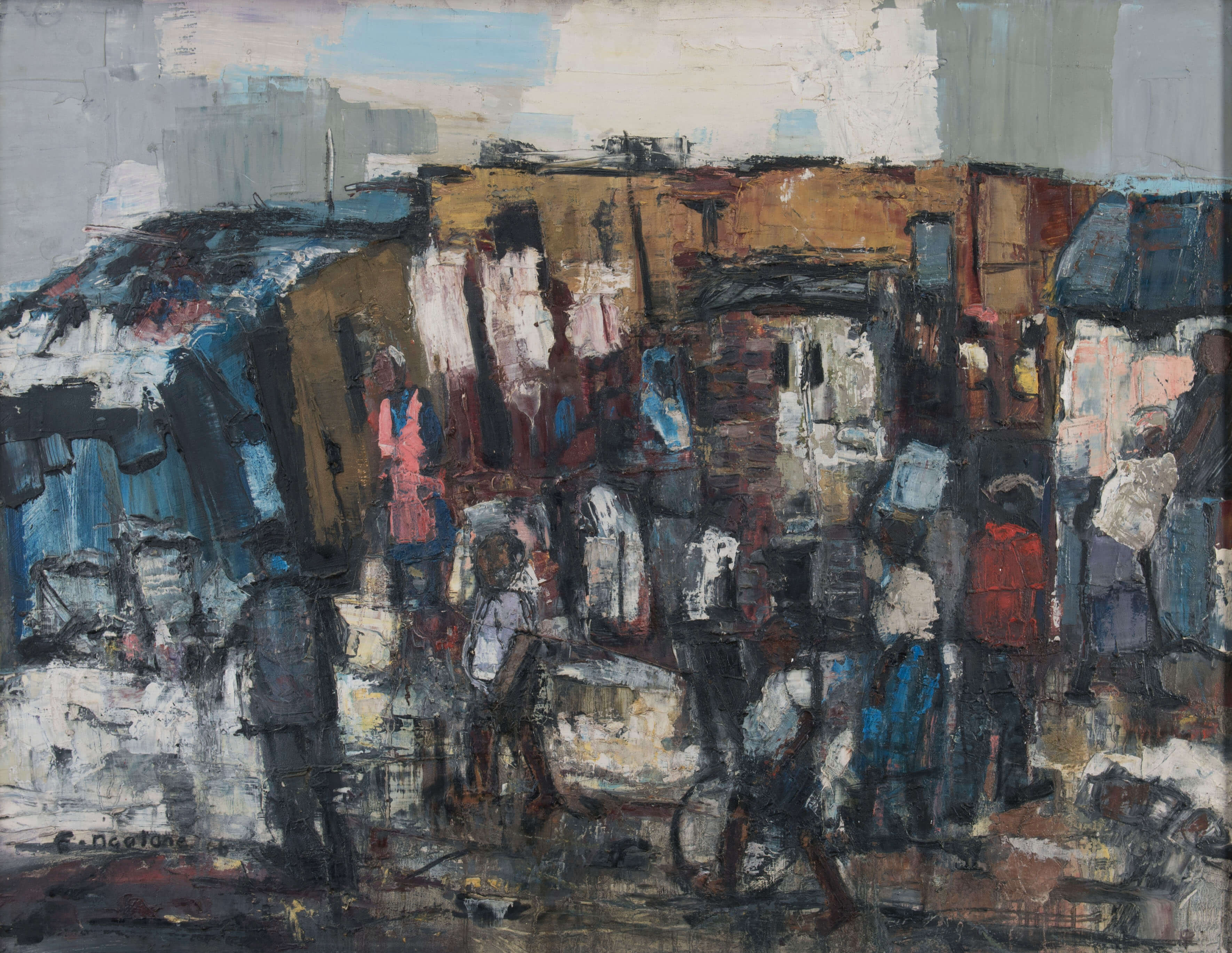 Kumalo, Legae and Ngatane influenced may young artists because all three of them ended up teaching at Polly Street. When the Apartheid government closed the centre in 1957, they moved with the students to the Jubilee centre in Elof street. Ngatane also taught at Chiawela headed by Sihlali and from his home. The two artists he greatly influenced were Louis Maqhubela while still a student at Orlando High School and Dumili Feni whom he met at the Charles Hurwitz South African National Tuberculosis Sanitorium in Soweto. Ngatane was submitted just shortly after his first solo exhibition at Adler Fielding Gallery in 1963. The two artists completed beautiful murals at the hospital during the time they were being treated for the dreaded disease. Sadly, only one by Dumili Feni remained.

Ngatane only started to work in oil paint during the mid-1960s. During this period, he started to move away from realistic representation towards abstraction. In an interview conducted by Knight (2010:1) Skotnes commented on Ngatane’s work. He stated: “I feel that Ngatane stood out amongst the other students because of his ability to use abstraction, and his desire to innovate with different techniques. I believe that Ngatane put his ‘thumb print’ on South African art.”

Ngatane was a hugely successful artist and accomplished alto jazz saxophonist during his short life. He died in 1971 at the age of 33 from Tuberculosis. During his life Ngatane produced some 300 paintings that were often valued higher than the work of his contemporaries. He participated in the iconic exhibition held at the Johannesburg Art Museum titled, Artist of Fame and Promise, in 1960. He also had two phenomenally successful solo exhibitions. One in 1963 at the Adler Fielding gallery and another exhibition at the Champs Elysee Gallery in Hyde Park in 1964. 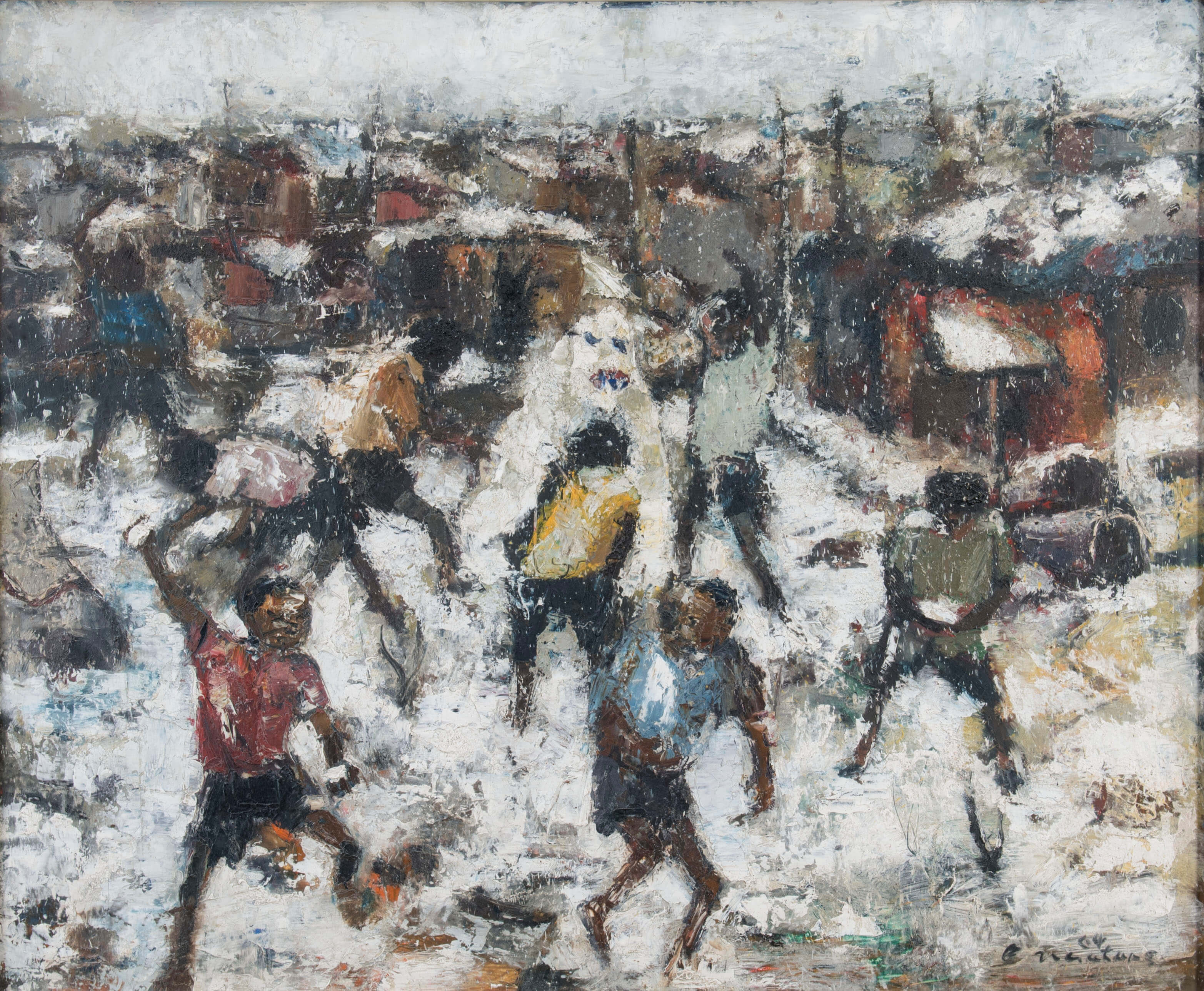