This first week of 2021 has us feeling like our little swimmer girl: hopefully scanning the horizon for continued signs of recovery, new beginnings and the freedom to take wing. 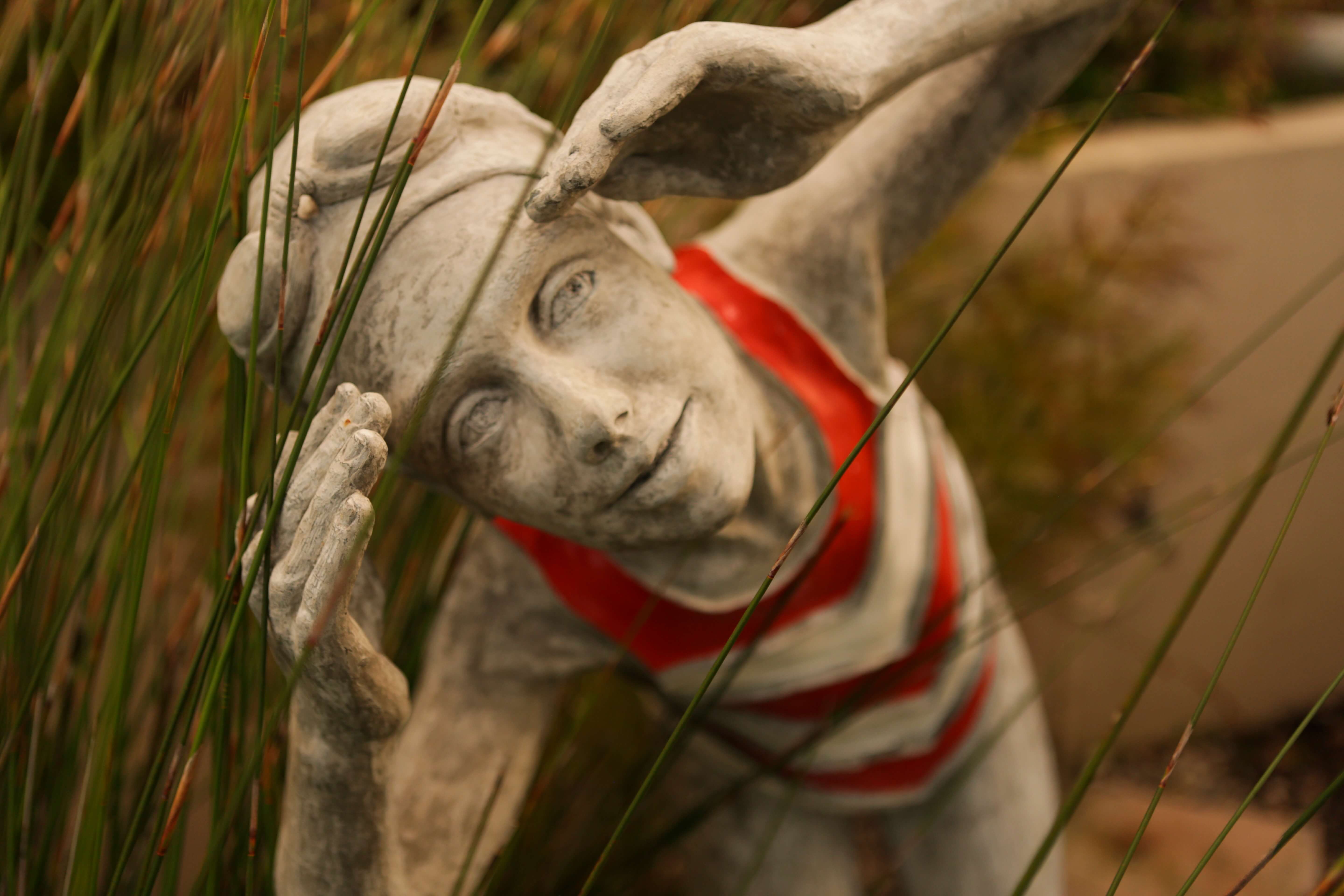 Learning To Fly by Marieke Prinsloo-Rowe

At home in our Ellerman House garden, this life-sized bronze by renowned local sculptor Marieke Prinsloo-Rowe is called ‘Learning to Fly’ and is a much-photographed guest favourite.

The original clay-and-concrete sculpture from which this bronze was cast was one in a series of eighteen called ‘Walking the Road’ that was installed from 2010-2012 along the Sea Point promenade in Cape Town. The series told a fable-like tale of a ten-year-old swimmer girl who wished to fly like the dragonfly she meets. And so she does.

In the symbolic oral tradition so intrinsic to African history preservation ‘Walking the Road’ represented the young South African Democracy in its quest for liberation – to fly – in the pursuit of equality.

While growing up on a horse farm outside Pretoria, Prinsloo-Rowe sculpted for as long as she could remember. She spent her youth in and amongst a multicultural and multilingual community, which had a significant impact on her experience and understanding of the nature of people and the human figure, which forms the basis of her work. Sculpture mimics the three dimensionality of a human presence and thus often invites a powerful dialogue.

This fascination with the human body as a carrier of stories led Prinsloo-Rowe to focus on public art, mostly cast in cement. The life-sized and lifelike sculptures in Walking the Road tell a lovely story of dreams realised while the bright red and white of the swimmer girl’s bathing costume reflect the colours of the nearby Mouille Point Lighthouse.

Currently living and working in Elgin, Prinsloo-Rowe created bronze casts of the original sculptures, including the swimmer girl in our garden. She hopes that the sculptures serve as “a reminder to each of us of the hope that we individually live for and of the dreams that mark our lives, our own story.” 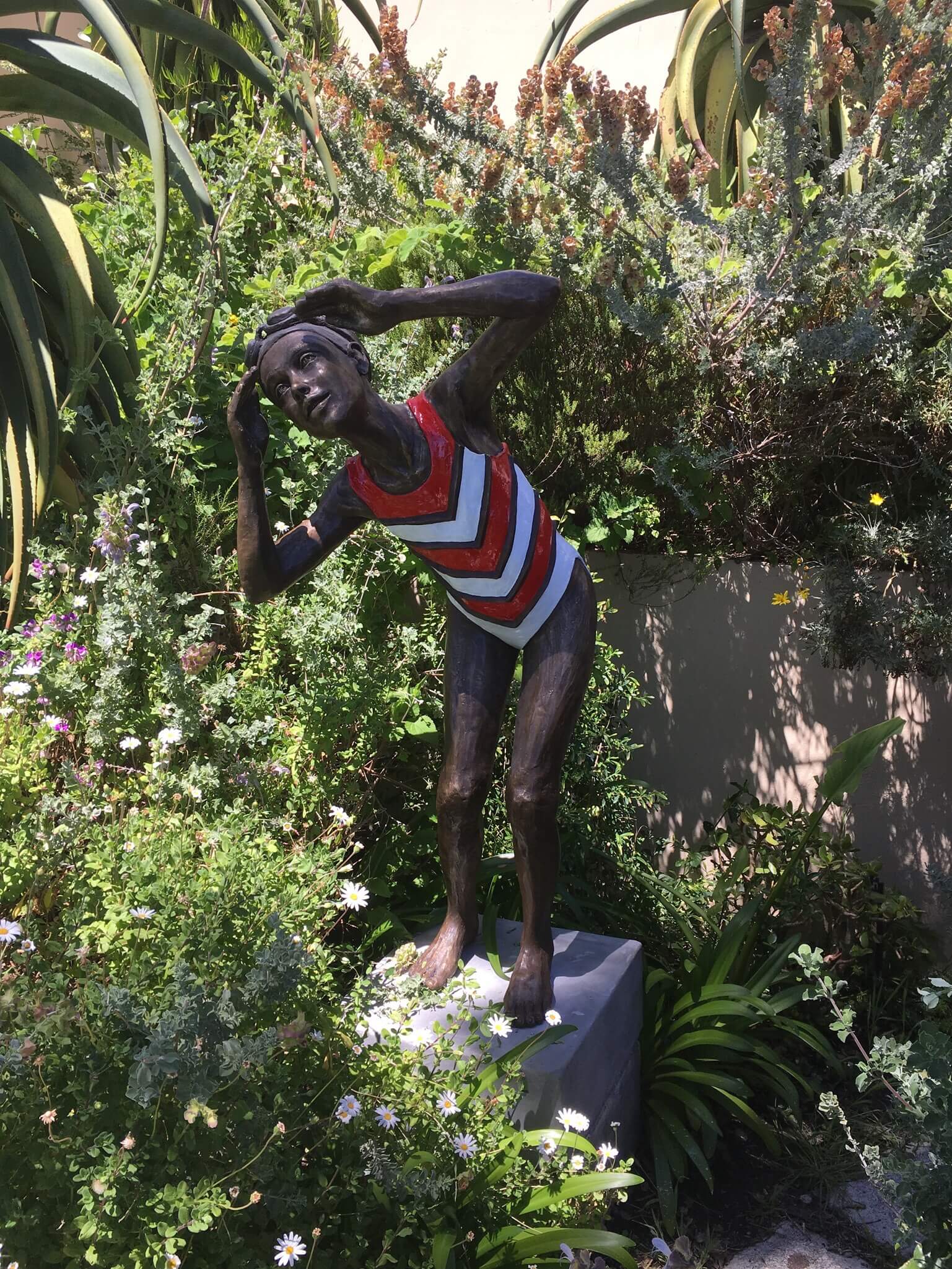